Alright, so after acquiring the seat, car and tail lights, it was time to try to get the rest of the aero so I could have the car look decent while I was looked for an engine.

I found the front bumper from a gentleman that was parting out his white Kouki S13. I tried to buy all the aero but there was another buyer that bought everything but the front bumper. So I opted to get what I could.

Next I found the Kouki wing. Someone on Facebook was selling a group of them so I jumped on one of them.

Trying to find side skirts and rear valances was damn near impossible. It took me a while to find a each set.

But in the meanwhile, I decided that the S14 NA SR20DE that came with the car wasn’t what I wanted. I sold it and was on the search for a S13 KA24DE so I could just drop it in and keep the budget “responsible”.

I picked up a parts car with a stock KA to swap in and I also ended up with another cheap KA locally. So I ended up with 2 S13 KA’s that I was going to clean up and install one in the car.

At this point, I had to pick 1 of the KA’s and sell the other. I ended up selling the one from the parts car because it was an automatic car but as soon as I sold it, someone messaged me wanting to trade a S15 Autech SR20DE engine.

So my plans changed once again and I traded the KA with cash for a S15 SR20DE engine. This thing was super cool! But I ended up selling it after a week of having it because Damon and I decided that having an Intercooler is cooler and if I’m going to build this car, let’s do it the coolest looking way. 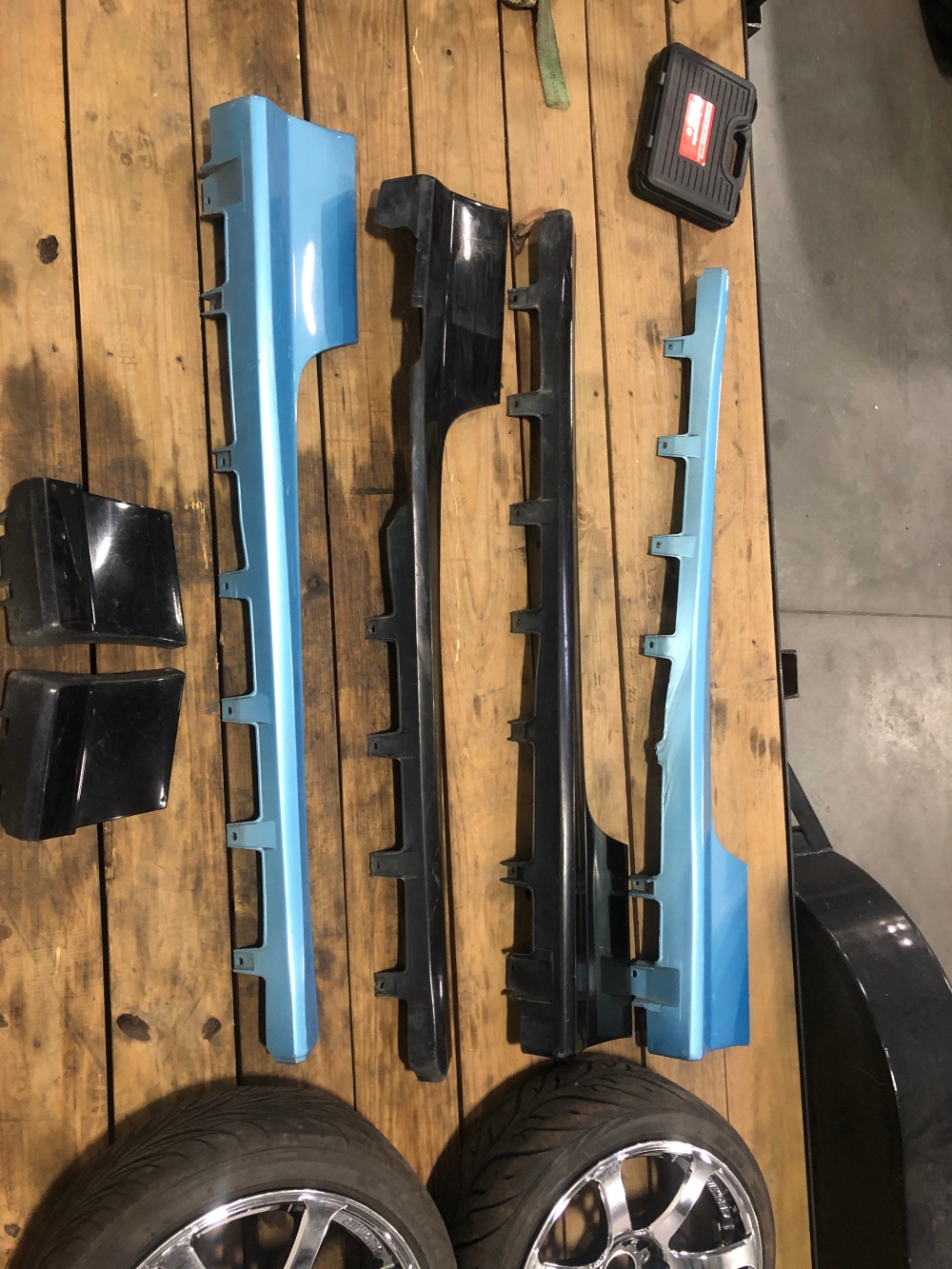 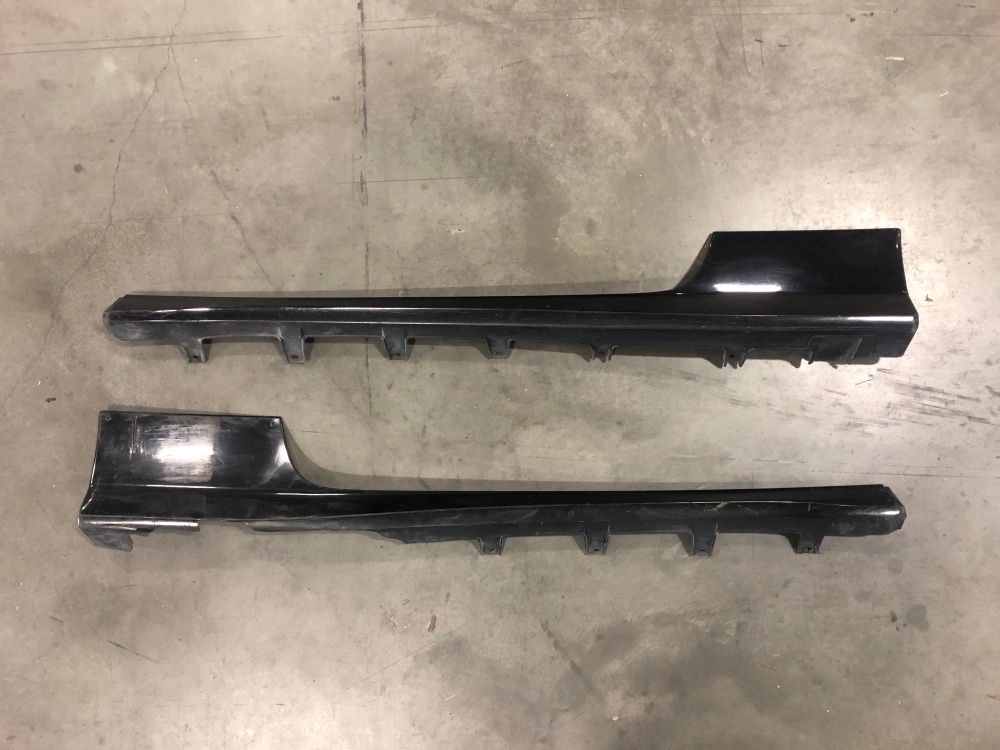 Finally after sorting all the aero, It was time to move onto another goal for the car: complete Z32 Brakes. I had the fronts on my last S13 but never the rear. I’ve owned a full set but never installed them. This time, I was going to complete it.

Someone in Zilvia was selling the rear Ebrake assemblies for fairly cheap so I bought them. Then someone posted the calipers for sale on Facebook for cheap and I bought them too. Pads and Rotors were purchased new, of course.

I didn’t take pictures of the brakes before they were on the car so here they are. They are brakes, nothing special. I painted them gold, haven’t decided if I’m going to paint the letters red.

Finally for this post, Damon talked me into getting a red Brix for the passenger seat. He said if I had the Zeros then I need a Brix to match.

GETJPN had one for sale so I just bought it without thinking twice. No regrets. 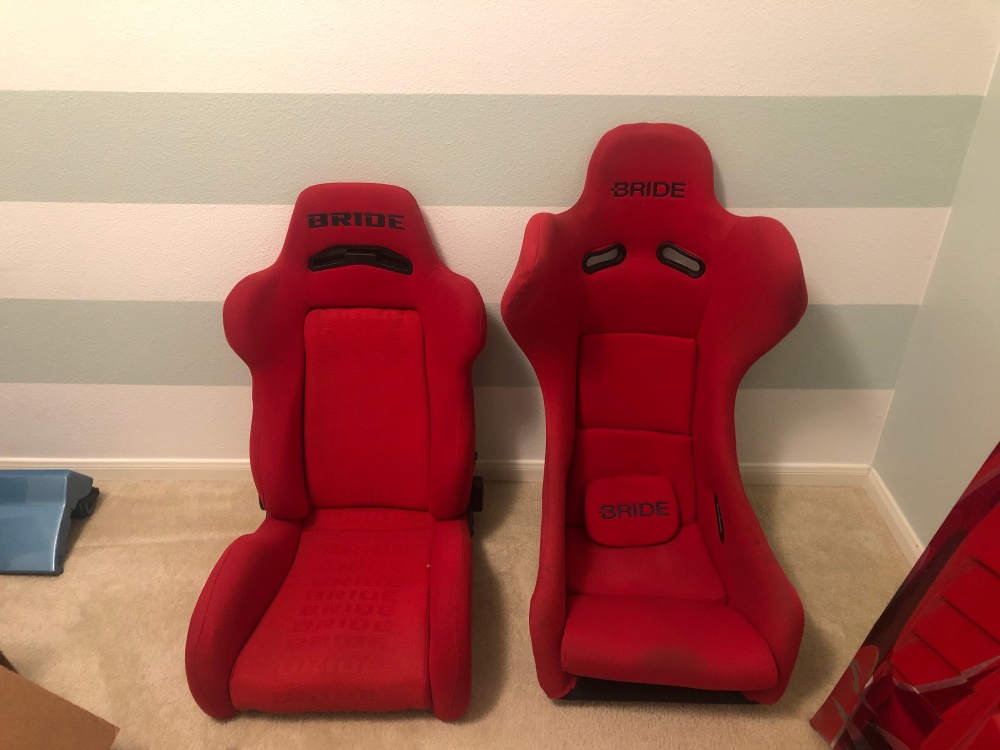 Ok, that’s enough for now. Tomorrow should wrap it up. Thanks for reading.