So after the last drift event, it was apparent that the turbo I have now is laggy and what seems to be a VG30 turbo and not a RB25 Turbo. Regardless, the car pulls hard at boost but have nothing below that.

I posted on a couple of Facebook pages looking for a HKS2530 turbo as these turbo always seem to be in conversations about turbo upgrades. Unfortunately, they are pretty expensive. After not have any success with the search, a friend of mine contacted me saying he had a RB25 turbo I could test to see if the lag would go away since the VG30 turbo’s exhaust housing is larger than need be.

Literally as I was driving to go get the turbo, someone on Facebook said they found me a HKS2530 turbo for sale. Very nice of the random person to find me this turbo. I messaged the seller and after a couple of messages (and telling me that other people we willing to pay more, causing me to raise my offer a couple of times), the turbo was mine for about half of what I’ve seen the turbo go for sale.

Showed up from Canada about a week after the seller shipped it. Pretty much no shaft play! 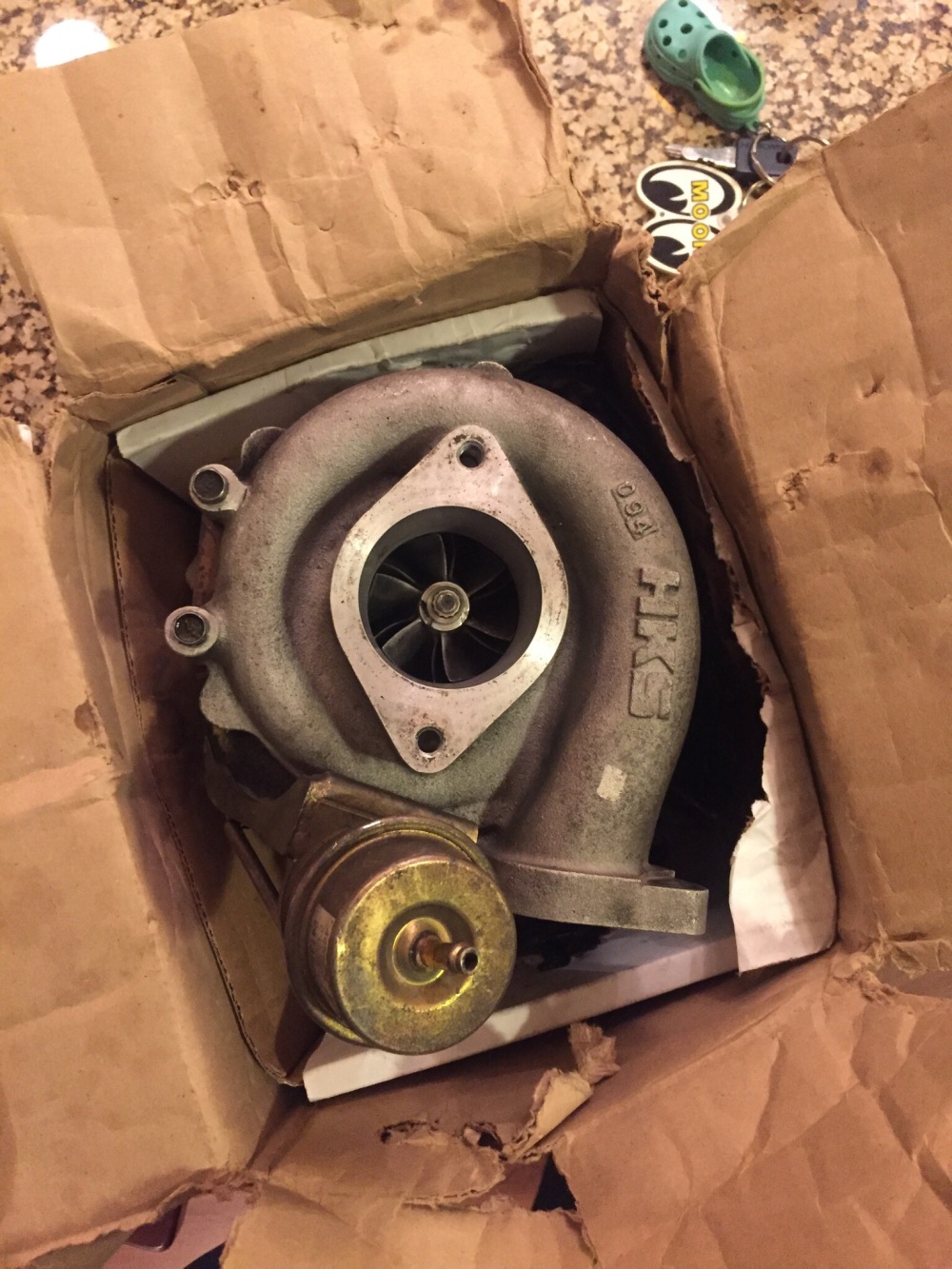 Waiting to hear back from Martin at RS-Enthalpy so I can get a new tune mailed to me. Should be an easy install. Let’s hope for the best.