I’ve procrastinated this post for about 12 hours now. I have absolutely no words to describe the Kids Heart event but I will try to do my best. Here we go…

I woke up at 6am in Nagoya to get to YZ circuit in time for the event. Once there, it was pouring rain but that didn’t stop the fact that both MCR Factory and Kids Heart was there. I have met both Yokoi and Tezuka when they came to Texas but now the roles were reversed. I was in their country, at their event.

Despite the fact of the terrible weather, Tezuka and Yokoi were driving hard in the rain. I have seen videos of YZ Circuit and I have seen both of them drive but to see them both in their natural element was insane. I have some video that I will post on YouTube. 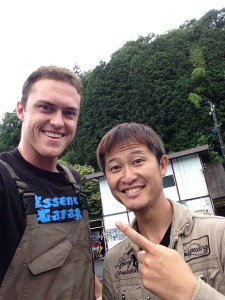 Lunch came around, I grab a bite and headed out for another session. I was stilled worried about wrecking another car so I took it easy at the event. Just drifted a couple of turns here and there. People were crashing all day and I didn’t want to fall victim.

After my session, the rain stopped and the sun was beginning to come out. I snag my camera and took some bad pictures. 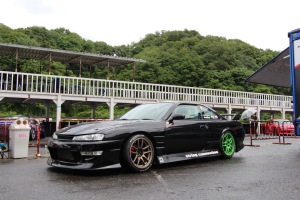 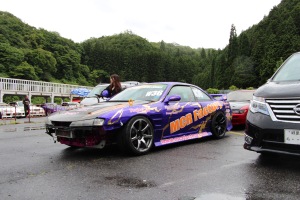 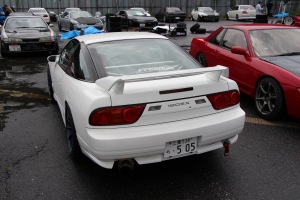 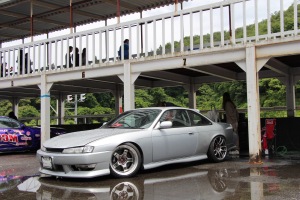 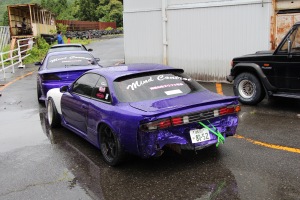 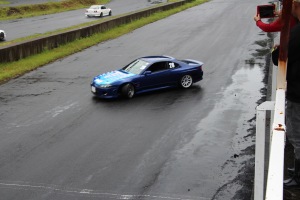 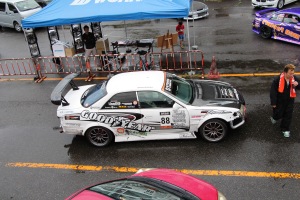 By this time, the sun had been out and the course was dry. Max and Travis showed up to hangout. It was cool to have some translators there so that I could talk to MRC Factory and Kids Heart. Travis knew pretty much everyone at the event so that made it a lot better. 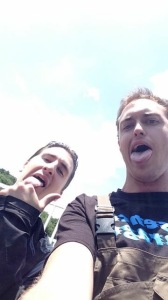 At this point, I asked Travis to get me a ride along. Max was wanting to get a ride along as well. So towards the end of the event, Max got to ride in Sekido’s Kids Heart S15 and I rode in Kume’s MRC Factory S14. Tezuka was driving his JZX and another guy (who max spotted in Osaka street drifting before) in a S14. All 4 of us hit the track for by far the best drifting I have every witnessed.

Its one thing to see the videos of drifting in Japan. Then its another thing to be in Japan and watch the drifting. But above everything else, being in the car is complete unreal. Words cannot explain. I have videos and I will post those but after the 15 minute session that I got to ride along in, I was completely ok with quitting drifting. Drifting in the US, at least from what I have seen and done, does not compare at all to what I experienced in Japan. We, America, will never be Japan. Even though we try, me included, it will never happen.

After riding with Kume, I got to ride with Kamiya Tsuyoshi. He drove Travis’ HCR32 with a RB26 in it. He blew me away with how he drove a 4 door skyline. We did about 2-3 solo laps and the way he drove the car was magic. Completely different from how I drive my car. I was ashamed to tell anyone that I had a skyline and that I drove in a parking lot when I “Drifted”. I couldn’t even call what I do “drifting” anymore. 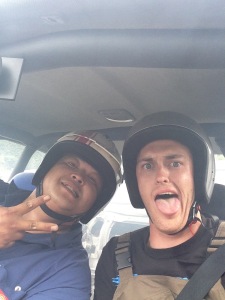 Before the event ended, I went and gave everyone stickers. Here are some pictures. 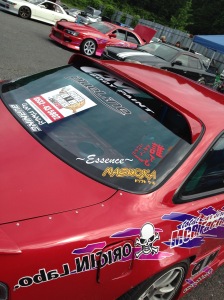 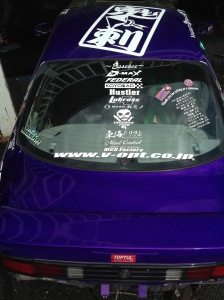 After the event, the staff at YZ was kicking us out and I had to say goodbye to everyone as I had to be back in Nagoya the next day to get my stitches out. I headed out and was followed by the Kids Heart Verossa. It was pretty amazing to end the day. 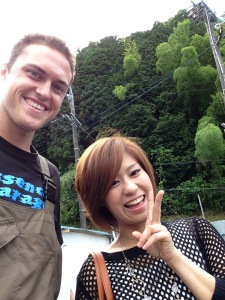 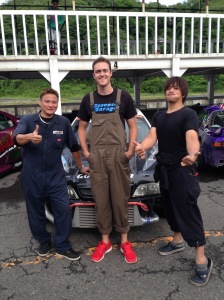 I drove to for a few hours, got food and drove about an hour west of Osaka where I pulled into a rest area so sleep. As soon as I rolled in, there were some crazy Oni camber sedans that were rolling out. 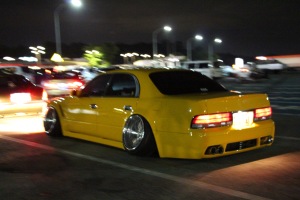 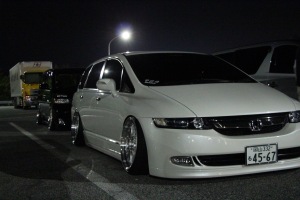 I woke up a couple hours later to finish my drive back to Iwakuni. I reflected a lot on the 7+ drive and about how drifting actually is in Japan. It is still hard for me to say what it was like, but it defiantly change my thinking towards it. 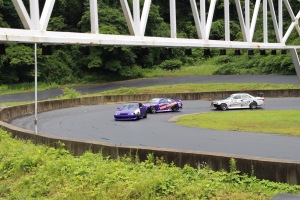 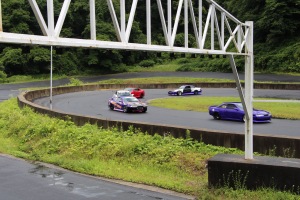 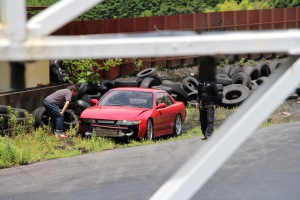 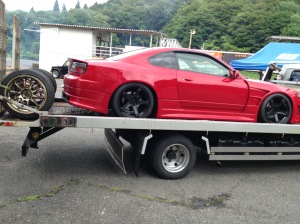 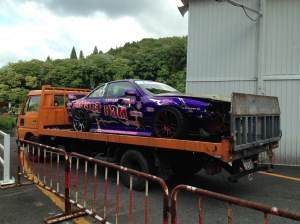